With over 33,200 times win potential and 33,614 ways to win, this fifth game in the PopWins slot series is defined as a high volatility tribal adventure game. It follows BountyPop, PopRocks, CherryPop, and Wild Pops, which launched during last year’s debut.

The game’s mechanic pops and expands the reel on each win, with the two extra symbols replacing the popped ones, thereby increasing the reel’s height. This popping progresses until the player exhaust all wins. Landing more than three scatters will activate the additional spins mode, with extra scatters spurring them to a higher starting level.

When playing the bonus game, the reels expand and grow by 1x for every win. Once the player unlocks all the rolls, the multiplier increases twice, and the player receives additional bonus spins.

Marcus Honney, the managing director for AvatarUX, has this to say “PopWins™ mechanic has helped us reach players worldwide, providing thrilling gaming experiences, and we are delighted to launch our new game under TikiPop”. He further states that the level-based free spins mode will allow players to enjoy watching wins pop in this exciting tribal tale. 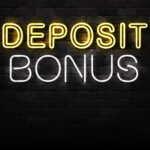 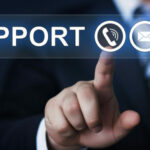